The American Council of Engineering Companies of New Jersey (ACECNJ) held its third annual Can Sculpture Contest and Holiday Open House earlier this month. New Jersey’s consulting engineering profession is committed to charitable endeavors and giving back to communities in need. This event has become one of the most meaningful and special things that ACECNJ does each year.

Over 26,000 cans of food and over 200 toys were collected and donated to partner organizations to bring the spirit and joy of the holidays to families in need.

Ten teams of mostly young professionals competed in the Can Sculpture Contest. Teams take the competition seriously; many begin meeting months in advance to discuss designs and approach. Project teams were on-site the day before the Open House to bring their designs to life. An esteemed panel that included State Assemblyman Rob Clifton, New Jersey Turnpike Authority Executive Director John Keller and Delaware River Port Authority Chief Engineer Mike Venuto judged the contest during the Open House. The winner was announced before a packed ballroom of ACECNJ member firms, friends, and guests.

Nearby Girl Scout Troop 24710 even got into the action, assisting Project Teams, donating over 50 cans of food they collected on their own, and receiving credit towards a merit badge in the process.

Judges, following QBS (obviously), awarded WSP the first prize in the Can Sculpture Contest; Michael Baker International was the runner-up. Attendees also had a chance to vote for their favorite sculpture; Baker won the popular vote also also earned the distinction of most cans used (5,705 used in the sculpture and 7,000 donated overall).

While WSP, Baker and all competing firms deserve recognition, it is needy families throughout New Jersey who are the real winners. Former New Jersey Lt. Governor and current CEO of the Fulfill Food Bank was in attendance to receive ACECNJ’s food donation.

ACECNJ is extremely proud of its charitable efforts and the spirit of giving consistently shown by New Jersey’s consulting engineering profession. 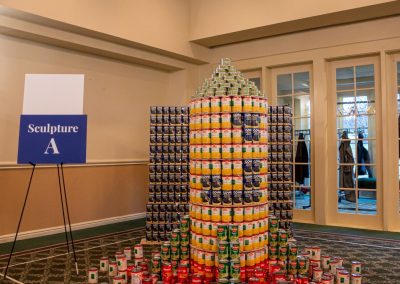 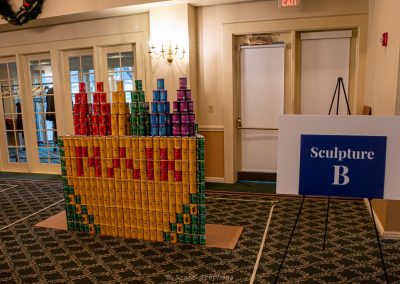 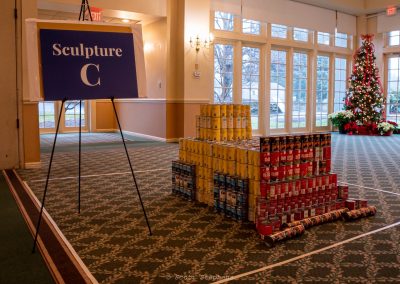 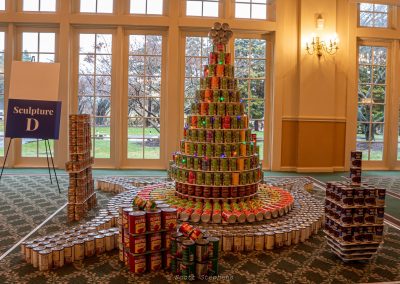 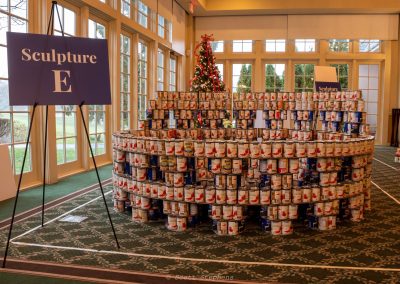 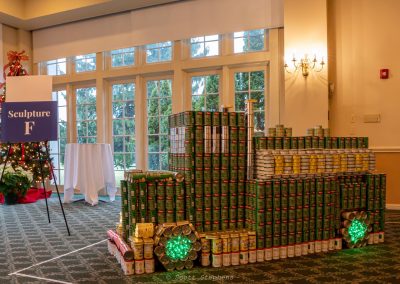 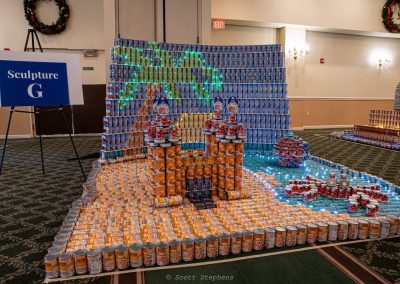 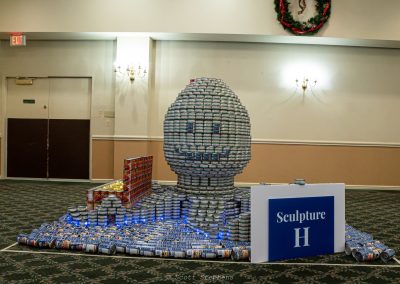 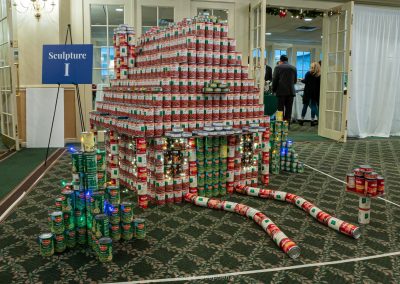 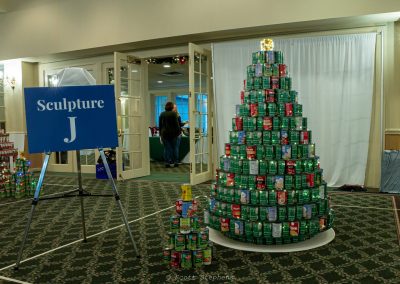 Interested in how these sculptures come together? Matt Alboum of Dewberry, also an active ACECNJ Young Professional’s Committee member, created a short video on the process!